SEATTLE, Washington – August 15, 2013 — PopCap Games, creator of some of the world’s most beloved video game franchises and a division of Electronic Arts Inc. (NASDAQ: EA), today announced the worldwide availability of Plants vs. Zombies™ 2. The highly anticipated sequel to Plants vs. Zombies, Plants vs. Zombies 2 will be initially available exclusively for iPhone®, iPad® and iPod touch®. Featuring a time-travel theme that propels players through different historical eras to face off with zombies from various time periods, Plants vs. Zombies 2 is free to play and can be found on the App Store around the world, in seven different languages with additional languages supported soon. The game will become available for other platforms later this year and beyond. PopCap today also unveiled the official launch trailer for Plants vs. Zombies 2 on its YouTube channel: www.youtube.com/popcap.

Designed as an ever-expanding universe that will offer regular updates including new worlds full of new plants, zombies and challenges beyond the first three that comprise the initial game, Plants vs. Zombies 2 extends the classic gameplay of the original and provides players with dozens of all-new levels, plants and zombies. While the vast majority of the game is entirely free to play (players can face every zombie and access every level in every world at no cost), Plants vs. Zombies 2 players can also purchase upgrades and other in-game items.

In addition to new places to explore and discover, Plants vs. Zombies 2 includes a wide variety of gameplay enhancements, including Plant Food, which drops from glowing zombies and offers a temporary but powerful boost to your plant attacks. Plants vs. Zombies 2 also includes all-new gesture-based power-ups that enable players to interact with zombies directly, to augment their plant defenses.

Key features of Plants vs. Zombies 2 include:

“Hooray!” said Lukas Beedle, 8, of Los Altos, California. “I was five when I started playing Plants vs. Zombies, and my mom and I played all the way to the end a bunch of times. I think she played it even more than I did. I love everything about Plants vs. Zombies, because it’s really funny and not scary and there are so many different ways to beat the zombies. I feel like I’ve been waiting for more plants and zombies for almost half my life – because I have!”

Plants vs. Zombies 2 is available for free from the App Store on iPhone, iPad and iPod touch, or at www.AppStore.com/PopCap.

About PopCap
PopCap Games is the leading global developer, publisher and operator of casual video games: fun, easy-to-learn, captivating games that appeal to all ages across PC, mobile, social and other platforms. Based in Seattle, Washington, PopCap was founded in 2000, was acquired by Electronic Arts in 2011, and has a worldwide staff of more than 400 people in Seattle, San Francisco, and Shanghai. 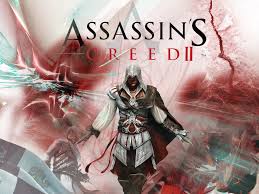